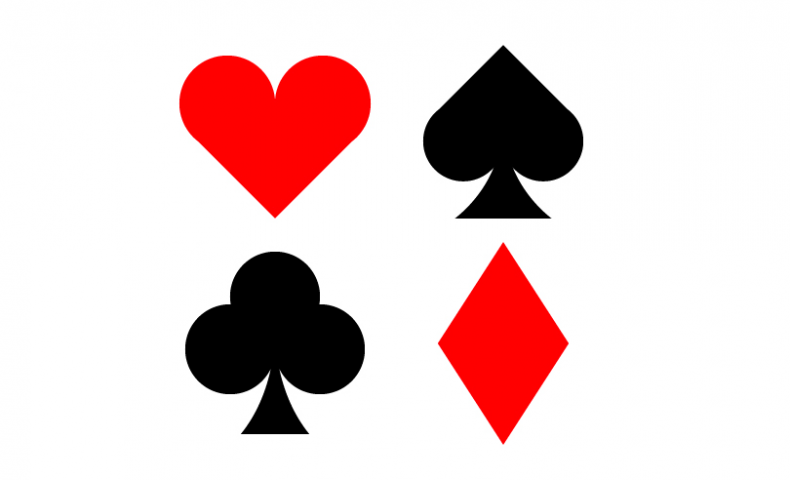 How to Use the Pathfinder in Illustrator

In this article, I’m going to introduce the Pathfinder in Illustrator.

Pathfinder is a feature that allows you to merge or cut out objects made of paths. You can easily create shapes and complex paths that are difficult to draw with the Pen tool.

This time we will use these sample shapes. 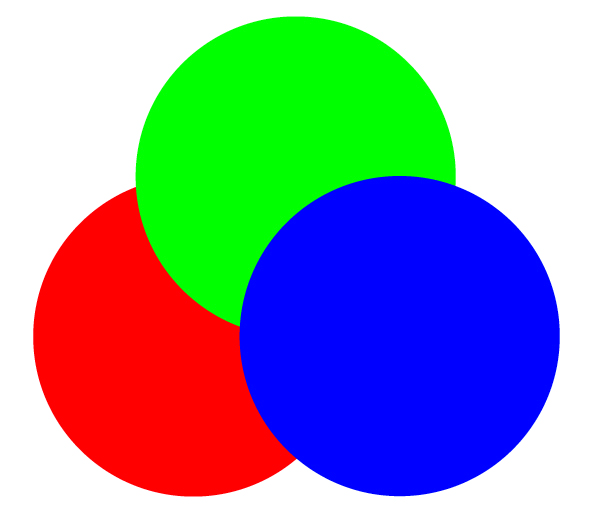 First, show the Pathfinder panel. You can get it by clicking [Window] > [Pathfinder]. 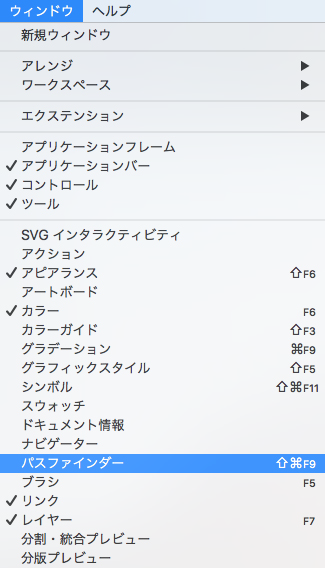 There are two types: [Shape Modes] and [Pathfinder].

There are four types of Shape Modes.

It combines several overlapping paths. The color of the foremost object is selected. 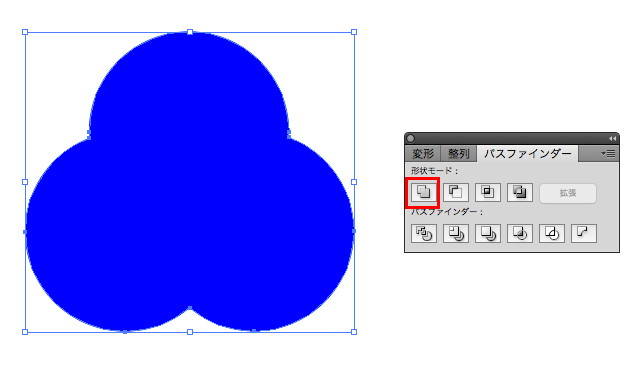 It crops multiple overlapping objects by the front object’s shape (Not the foremost one.). 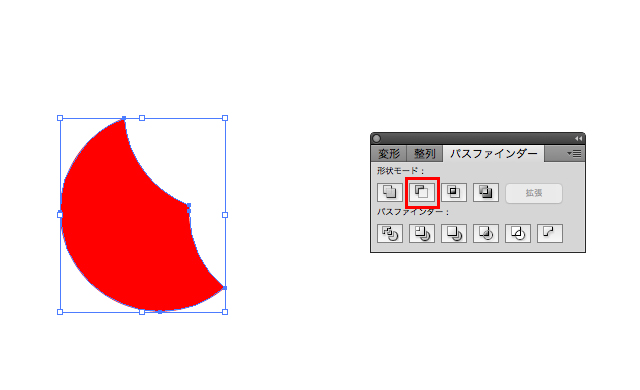 It leaves only the most overlapping area. In this case, the color of the foremost object remains. 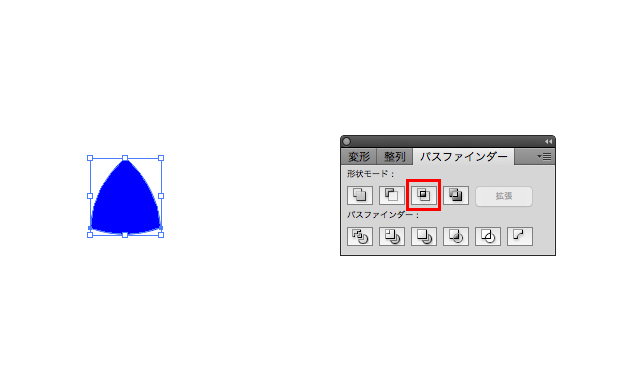 Make the area two objects are overlapping transparent. In this case, the object is filled with the foremost object’s color. In the next section, we will see 6 different types of pathfinders. To move detached objects, use the “Direct Selection Tool” (white arrow) in the tool bar.
*The objects applied the Pathfinder are grouped. In addition, please note that unlike the Shape modes, Compound Shapes are not created. 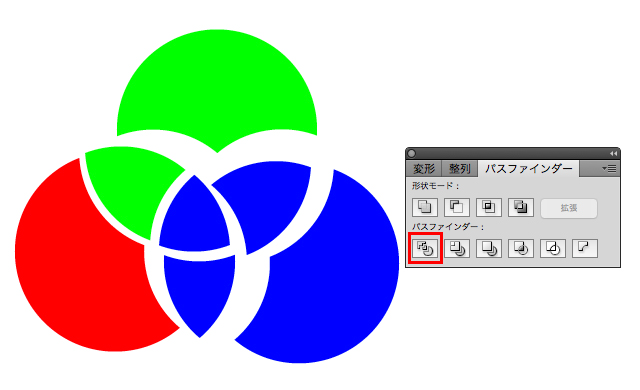 It keeps the foremost object and removes the part of a filled object that is hidden. 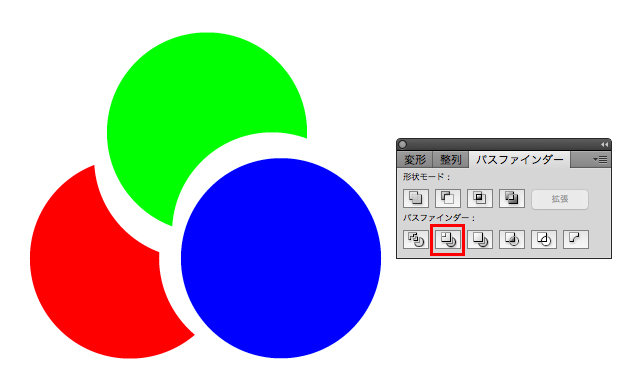 It leaves only the part overlapping the foremost object. 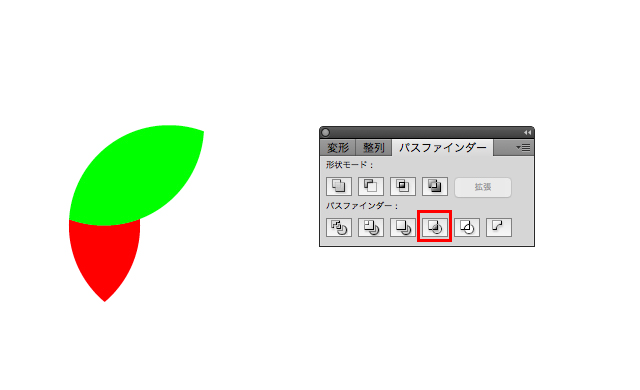 All objects are outlined and split. 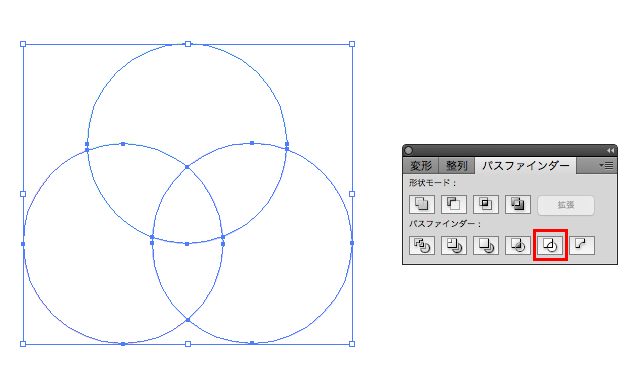 Cut out the front object in the shape of the object placed on the back. 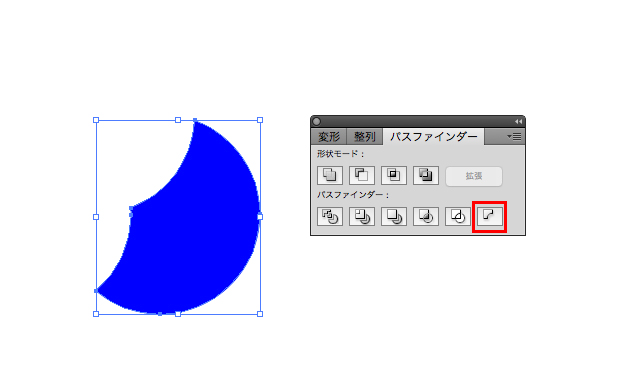 How was it? The point is to have two or more objects. That’s all for this time. 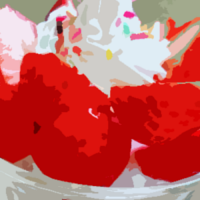 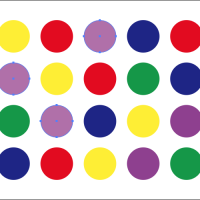 How to Select All Objects of the Same Color